Vernon, BC: There’s a lot of work that goes into every bull riding event that takes place throughout each year of competition. Most of them are planned out quite far in advance as well.

That was sort of the case for yesterday’s Elite Pro Bull Riding event in Vernon, BC at the Coyote Creek Ranch.

In a little over a month, Wade Marchand, along with the help of a number of people were able to put together a very successful event.

“There wasn’t an empty seat in the house. Probably about 400 people were here.” Wade told me this afternoon over the phone.

“We had great support from friends and family.” He added.

With the help of technology, we are able to today share the story of what happened at yesterday’s event.

I’d like to personally thank Wade for sharing the videos on YouTube so we could all see them!

Here’s how it all went down:

Cody Moore started it off on the Marchand bull Major League for an 86.5

The bull of the day was decided to be Kyle Style who you can see throwing off Matt O’flynn here:

Cody Moore ended up winning the long round with his 86.5. Next came the short round.

Ryan Jasper took on the Marchand Bull by the name of Heat Seeker, known for his reputation of being mean in the short round:

When I asked wade about doing two jobs at this bull riding he said “Planning it was pretty busy, I wasnt even thinking about riding hardly.”

It turned out to work pretty well for him.

The final rider to go was Cody Moore. After the great ride he had in the short round all he needed was a bit more than 80 points to lock down the average win. He did much more than that on the Marchand Bull Anti Venom.

To finish things off from Vernon, Wade wanted to thank all of his family and friends for supporting the event to make it such a great success.
He also added “We are looking to make it an annual thing. We want to make it bigger and get more people in here too. With more than a month’s planning we should be able to make it twice as big next year.” 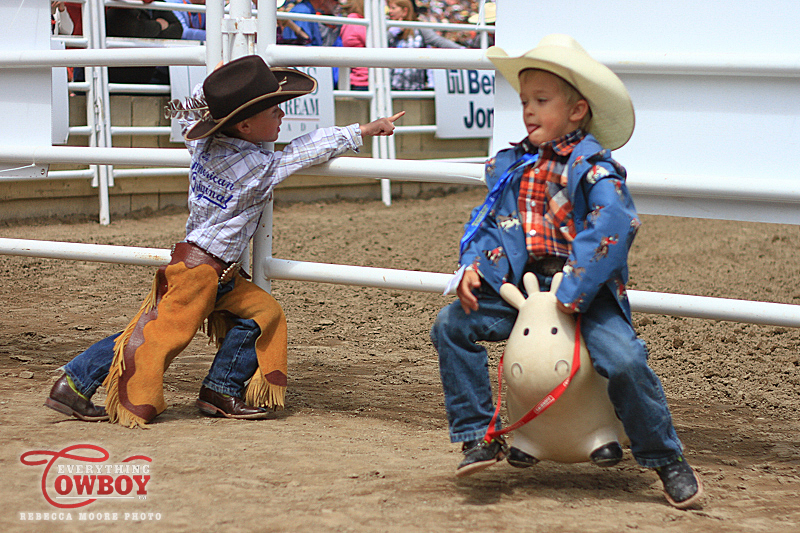 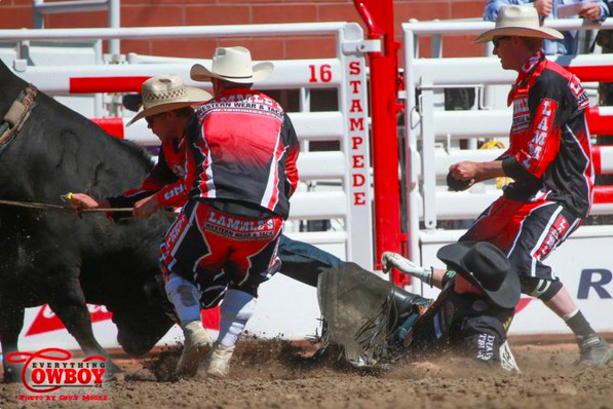