Sangudo, AB- It was the first time the Elite Professional Bullriding has made a stop in the small northern town of 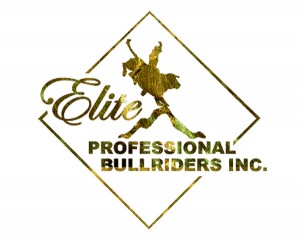 Sangudo, AB, and it certainly won’t be the last. The 2012 Sangudo  Bull Bash welcomed the EPB cowboys on Saturday night to a full house of energetic fans and some of the best stock in Canada. Thompson Rodeo, Wild Hoggs Bucking Bulls, and XL Bucking Bulls brought a rank pen that seemed to be at the top of their game Saturday night. The lights went down and the arena lit up with flames as we met the 16 cowboys all trying for the prize money and championship jacket. It was a two head event with money paid in each round and the average, and the second round “pick your poison” where the bull riders were able to choose their second bull.  The first round brought some great rides, and it was the young gun Wyatt Gleeson from Sundre, AB who was 80 pts on Thomson’s Dusk Till Dawn to lead it after the first round. Dakota Petersen was a close 2nd with a 78 point ride on the back of the Wild Hoggs bull On The Chin. Nick Olson rounded out the top three with a 77.5.

The second round was going to be a tough one for the cowboys, as the pen of bulls got stronger and tougher. Ken Siemens of Red Deer, AB chose the Thomson bull City Lights and was a second away from being 88 points early in the round. The bulls didn’t weaken, and after eleven bullriders nobody was able to register a score. It was quickly coming down to the high score of the night to be the champion. Then the hometown bullrider, Jerett Nash, who’s family organized the event, found himself matched up with Thomson’s Fortune 500. The bull was brought up from the States earlier this year, and has been one of the best in Jim Thompson’s pen. With the hometown crowd cheering him on, Jerett went to work and was 85 points and moved to first with one rider left. Wyatt Gleeson found himself only needing one 8 second ride to take the win. The bull Gleeson picked was Spidey Sense from Thompson’s, and proved to be too much for the cowboy. With Gleeson bucking off, the Sangudo arena went wild for the hometown star Jerett Nash as he claimed the 2012 Bull Bash with an 85 point ride.

Another great stop for the Elite Professional Bullriding, and was great to meet EPB President Chuck Molyneaux who came up from Columbus, MT to take in the event. He, along with all the fans, were excited on how well the event went in it’s first year. Thanks again to the Sangudo Ag Society and Shane and Lora Nash for putting it all together!