Coutts, AB: Josh Birks has been winnins nearly everything this spring on the 2012 Elite Professional Bull Riders Season. 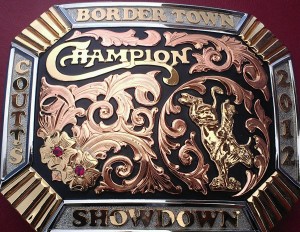 Currently, he leads the standings money wise by nearly double. He’s got over $13,000 won where the next closest rider has about $6,500.

Birks came to the Border Town Show Down feeling as confident as ever. It showed.

Josh and Tammy Berezay along with the Coutts Committee put together a great event that proved to be all it was set out to be. We knew it was going to be good after the first bull bucked.

As the first bull rider out, Cory Perry started things off on the right foot on the Kropius and Morton Bull Boo Boo.

Keeping things going, New Zealand’s Adam Jamison rode another Kropius and Morton Bull. This one by the name of Devil’s Wing.

Near the end of the first section, Josh Birks took on the Rafter G Bull Bumps.

Right after Birks came the up and coming Chase Thielen. He may not have had the best pick of the pen in the Kropius and Morton Bull Crazy Like Two Dogs but he rode him good.

Going into the Short Round, the standings were as follows:

In between the Long Go and the Short Go, a Jr. Bull Riding competition was held. Cooper Zur came out at the day’s champion for a $500 check with a 66 point score.

With a stacked pen of bulls brought together by Josh & Tammy Berezay of McGrath,  the Short Round was going to be an uphill batter.
http://www.youtube.com/watch?v=4yxOxxV81ZQMontana’s Scott Crump was claimed as the first victim on Josh & Tammy’s new hereford looking bull named by their daughter’s as Danger Ranger.

As the second man out, Josh Birks drew the Flying High Bull 747 Jett. He was the perfect one to get on in the Short Go on a Sunday Afternoon.

One bull that really stood out in the short round in my opinion was the one Chase Thielen took on as a re-ride. It was the last trip of the day but a great one to watch bull wise. Tickity Boo comes from Kody Kropius and James Morton.

With all he’s won, it was great to be able to catch up with him after the event to see what he thought about his first three months since he’s been here in Canada. 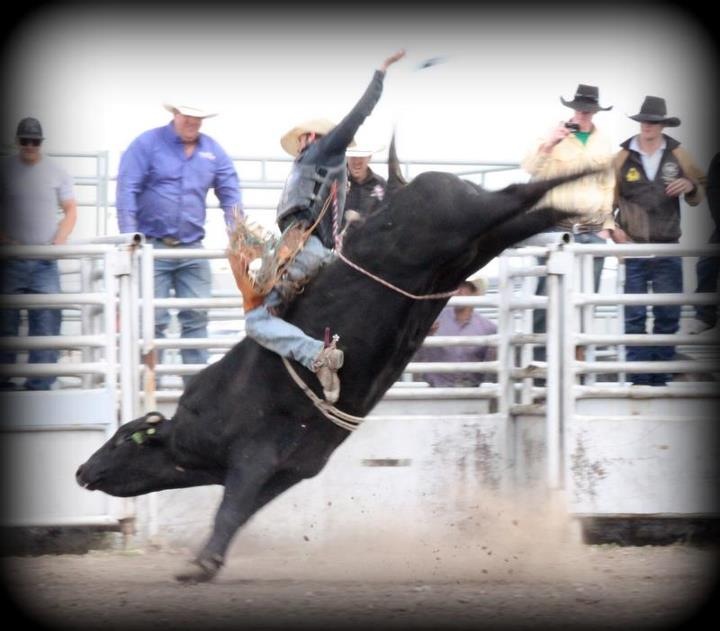 Thank you once again to Josh and Tammy Berezay for all of their effort in making this event such a great success along with the Coutts Grass Rodeo Association. They along with all of us involved are already looking forward to next year! From my understanding as well it was a winner take all event so Josh Birks took home about $4,000 for the event win. Quite a nice Sunday Afternoon thanks to the event’s Major Sponsors: The Coutts Grass Rodeo Association, Two Bit Bucking Bulls, Fox Drilling and Hughson Trucking Inc.