Prince William and Kate Get Amongst the Dirt of the Cowboy Lifestyle Last Night in Calgary, AB

In private bull riding show for Duke and Duchess bull riders and Royalty have common ground.

Calgary, AB – The Calgary Stampede was kicked off last night by the Royal Family at an event to show the royal couple what the real cowboys here in Calgary and all across Canada do. The bull riding portion was no more than 15 minutes long but got to the point including a chuck wagon demonstration and sheep riding too.

After talking to Jesse today I was able to get some further insight into what happened at the event. Devon and Scott went first both riding their bulls to the 8 second whistle.

Jesse was to ride next. But before he went to get ready the Stampede Officials asked the Royal Couple if they would like to come and get right into the action behind the chutes.

They said sure and the next thing Jesse knew his bull rope was being pulled by Prince William with Princess Kate coaching him on. 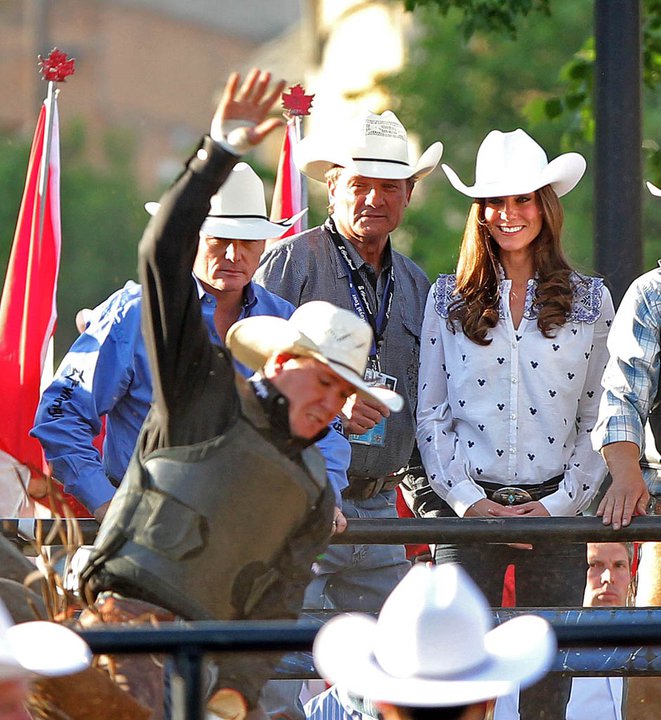 “He did really well for a guy who had probably never put on a cowboy hat before.” Jesse said.

Jesse was the only one of the three bull riders to not make it to the 8 second whistle on his bull.

When asked about what the experience was like Jesse said “It was kind of like being in the practice pen with Royalty there, and with like 80,000 cameras. There was just media everywhere. It was something I won’t forget.” 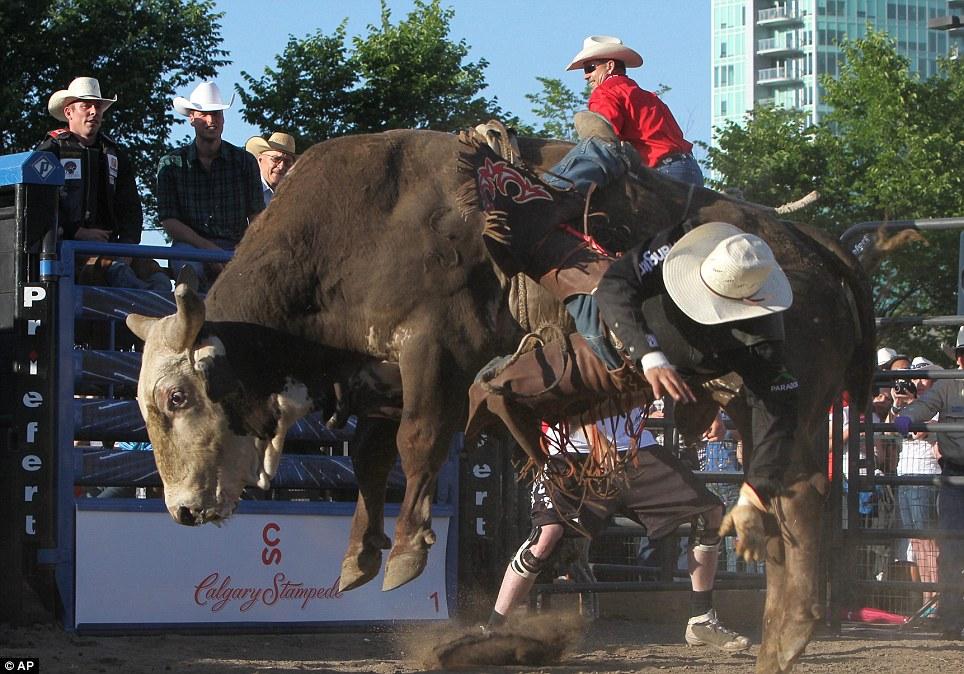 Prince William, standing to the right of Scott Shiffner watches Jesse Torkelson get bucked off his bull last night in front of the BMO Center in Calgary, AB

Through Jesse’s ride Prince William asked Scott about the bull and the sport of bull riding.

When asked if they would return Prince William promised “We will return.”

As for the Borealis Team bull rider Jesse Torkelson he competed today as the rodeo kicked off at 1:30pm this afternoon. He said he made it to 7.97 seconds on the Calgary Stampede bull White Knight.

The 2011 Borealis Calgary Stampede Rodeo Team came to be this year because there had been no way to bring Corporate Calgary directly to the Rodeo Cowboys. Dustin Ritter and True Grit Rodeo Consulting did just that.

Dustin added: “We want corporate Calgary to have the opportunity to get up close and personal with the western way of life and to get a chance to meet and interact with the cowboys themselves.”

True Grit Rodeo Consulting is planning their next event to put together teams for this year’s CFR (Canadian Finals Rodeo), NFR (National Finals Rodeo), with the Ultimate goal of selling full rodeo teams to Corporate Calgary for the 100th Anniversary of the Calgary Stampede.

The Borealis Team Members for the 2011 Calgary Stampede and when they compete are:

Desperado’s bar will be the place to be this stampede if you want to rub shoulders with the Top Cowboys in the World. Be there each night to meet the Borealis Team and be treated like the cowboys and have a great time!

For media inquiries, to arrange for an interview or an expert quote, please contact Ted Stovin of Everything Cowboy Inc. at 702-468-5277 or you can also contact Dustin Ritter with True Grit Rodeo Consulting at 403-971-5217 for more information on the Borealis Rodeo Team.

Also a portion of everything the Borealis Rodeo Team does will go to the Stampede Ranch for Kids. 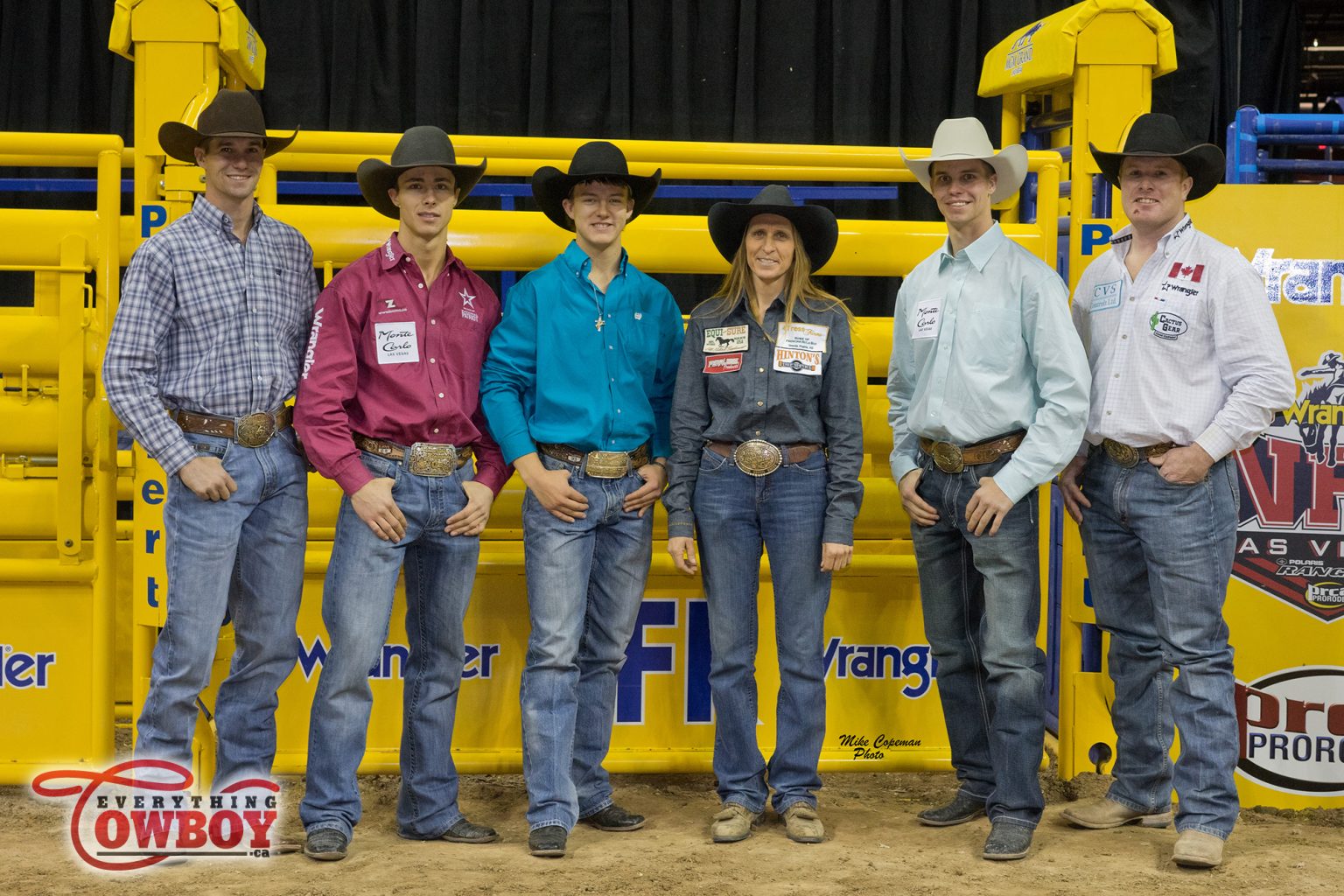