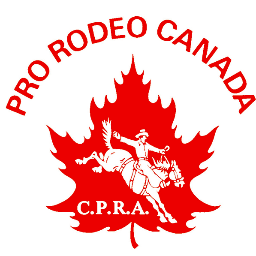 For steer wrestler, Derek Frank, the timing was perfect. The Stony Plain, Alberta cowboy put together one of his quickest runs of the year (3.5 seconds) to win the Okotoks Pro Rodeo and secure an important $1,297 pay cheque.

It’s that time of the year when every ride and every run is vital. With just five regular season rodeos and the Cinch Pro Series Finals in Calgary (September 30 – October 1) remaining, the battle for the twelve Canadian Finals Rodeo berths has reached the critical point.

“We (steer wrestlers) talk about it all the time,” Frank admitted,” and we figure there are maybe eight guys who are safe and another eight or nine guys who are fighting it out for the final four spots in Edmonton.”

Frank is one of those in that latter group and for a cowboy who has never been to the CFR the tension is tough but exciting. “I’m just trying to do what I have all season,” the bulldogger stated. “I want to be honest on the barrier but I also don’t want to miss it. Anytime I try to safety up and get a little careful, that’s when the crap happens.”

For Frank, a trip to the CFR would be extra sweet. The twenty-seven year-old blew out his knee at Ponoka in 2014 and he missed the rest of that season and the first part of 2015.

“One of the problems last year was when I did get back, I hadn’t been able to practice,” Frank recalled. “This year, I was able to practice a bunch all winter and it really helped.”

Another plus for the likable cowboy is his twelve year-old gelding, Tadpole. “I’ve ridden him for the past few years and he’s rock solid,” he noted. “If it doesn’t work, it’s usually my fault not his.”

The Okotoks result vaulted Frank from 13th place in the Canadian standings to 10th, ironically just $300.00 ahead of older brother and four-time CFR qualifier, Dallas. And just as important, the Okotoks win solidified the younger Frank’s place on the roster of the Cinch Pro Finals.

“That could be huge,” Frank admitted. “There have been quite a few people who have made it to the CFR because of that Calgary Finals. To be honest, I hope I have Edmonton clinched before that but if I don’t it feels good to know I’ll be in Calgary.” (The top ten competitors from the Pro Rodeo Canada Series throughout the year make the cut for the Calgary event.)

Other cowboys and cowgirls who enhanced their CFR fortunes over the weekend were Eastend, Saskatchewan bareback rider, Dantan Bertsch, who moved from 13th to 11th with his $781 payday at Okotoks; Rimbey, Alta. tie-down roper, Dean Edge, whose $1222 second place cheque at Okotoks vaulted him from 16th to 13th; the Bonnett brothers (Ponoka, Alta.) and the Sask-based Chappel cousins in team roping who finished first and second respectively in the team roping at Okotoks with both duos remaining very much part of the CFR conversation; and barrel racer, Colby Gilbert from Maple Creek, Sask. who moved into the top fifteen in the standings with her third place, $891 Okotoks result.

The rest of the Okotoks winners included Tremonton, Utah bareback rider, Caleb Bennett, who rode Vold’s Shifting Sands for 84 points and a $1411 haul; Pouce Coupe, BC’s Chelsea Moore who posted a 12.282 time for the win and $1248; Jake Watson, the Hudson’s Hope, BC  bronc rider who continued to solidify his hold on CFR and WNFR qualifications with his 83 point ($1439) ride on the Vold bronc, Apache Trail; the seemingly unstoppable tie down roper, Logan Bird from Nanton, Alta. who chalked up another win, this one for $1405 courtesy of a 7.8 second run; and the veteran, Scott Schiffner from Strathmore, Alta., who managed a 71 point ride on the Vold bull Jersey Dip, good for a $1548 boost to the bank account.

Next up the CPRA calendar are the IPE and Stampede in Armstrong, BC August 31-September 4 (Wrangler Tour Finals on the 4th), and the Nicola Valley Pro Rodeo in Merritt, BC September 3 and 4.

Nine Canadian competitors remain in the top 15 Wrangler National Finals Rodeo (World) standings as the  season winds down. Steer wrestler, Clayton Moore moved from 16th to 11th place courtesy of a win at Bremerton, Washington and a strong placing at San Juan Capistrano, California. The biggest weekend winner was Orin Larsen who moved to 2nd in the World with an $11,000 win at the rich California stop. See prorodeo.com for details.