Well it was quite a night of bul riding in Swift Current for their first ever Cody Snyder Invitational PBR. I have to say right off the bat that I have never ever been to a bull riding before where the seats behind even the back pens were sold as people were even sitting in them.

Cody told us that the venue was almost sold out before the tickets were ever relased to the public. They sold over 2400 tickets and it was standing room only once that first bull bucked. Being a bull rider myself it was quite the site to see. There sure arent many venues that big that are that full. I expect Swift Current will be on of the top events we now go to each year.

The long round didn’t see as many qualified rides as there should have been but Scott Schiffner came out on top with an 86 point mark.

Going back into the short round there were some awesome matchups and here is how it unfolded: Ty Pozzobon started it off just about making the whistle on the rank Calgary bull that came fro the Schellenburgs by the name of Bombs Away. Chad Besplug rode the Big Stone bull Devils Playground to an 86 point score to take the early lead in the short round. Here are some videos finishing off how it played out.

Scott Schiffner was the last man to ride and here’s how it went.

With that great short round ride Scott won the event and was corwned the first ever Swift Current, SK Cody Snyder Invitational PBR Champion. Stay tuned for more results from this weekend’s events in Grande Prairie and Bonnyville. 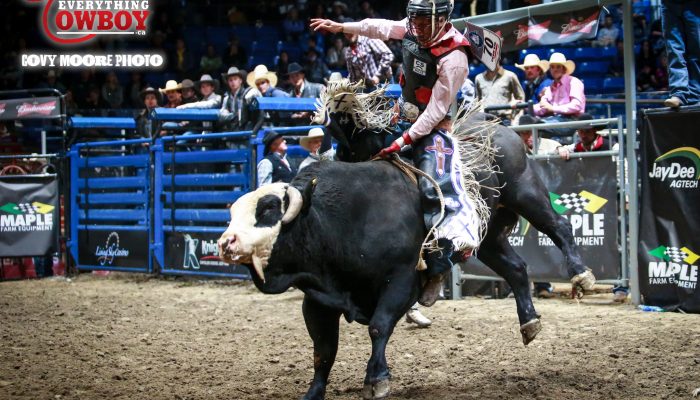