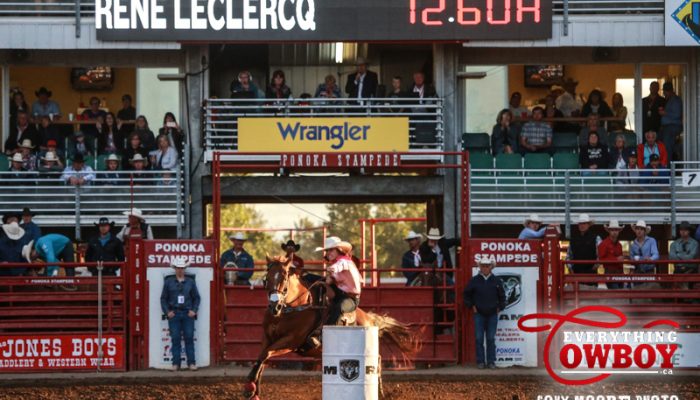 Making it to one of the largest stages rodeo has to offer is an accomplishment in itself. But for 21-year-old Rene Leclercq, just being able to make it to the final day of competition at the Ponoka Stampede was icing on the cake.

Handily taking home the four competitor short-go round with a time of 17.796s on the back of her eight-year-old mare Flit, she was more than a second faster than the nearest competitor. Leclercq said one of the most special part of the experience was being able to share the success and four-round with long-time traveling partner Kerilee Noval. 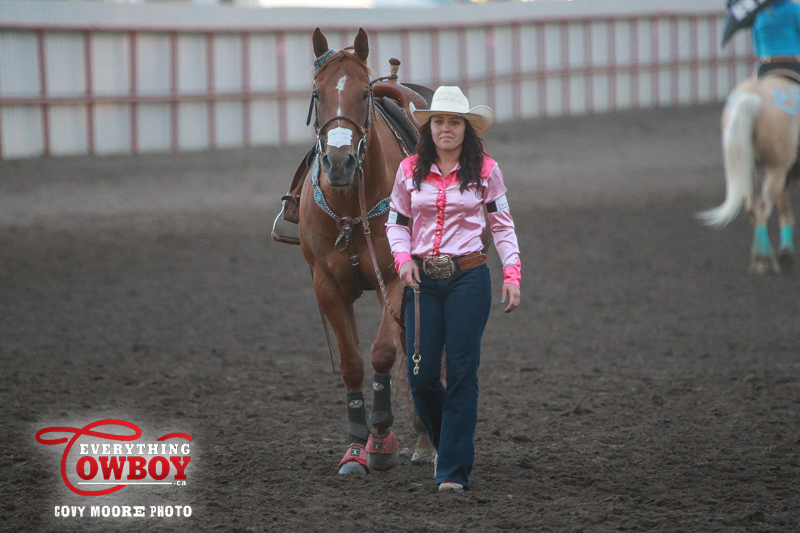 Rene Leclercq waiting to collect her jacket, buckle and cheque at the Ponoka Stampede.

“(When I won) I was definitely not calm cool and collected. I was freaking out. I couldn’t believe I actually did it. I couldn’t believe I made my first short go. It was icing on the cake to make the short go, winning it was mind blowing. Going into the run, I was just trying to stay calm. Go out there and make the run I know I can make. I was gunning for it, hoped for the best, and that did it for me.” 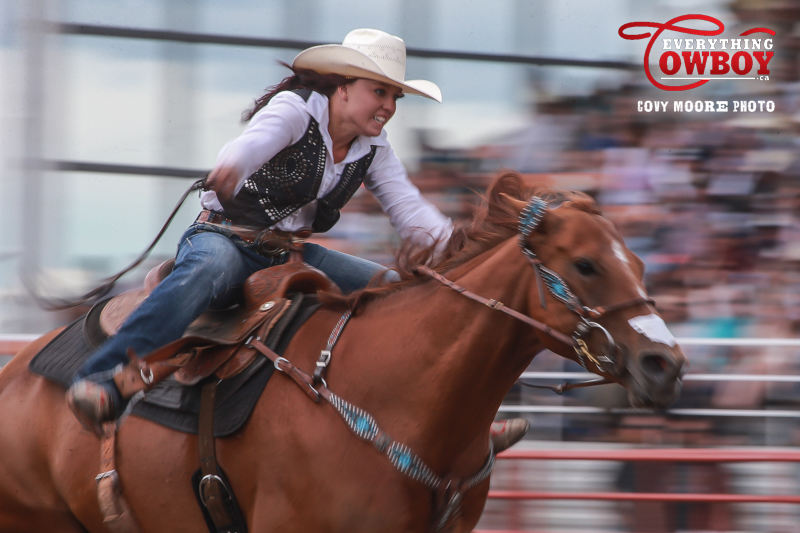 Rene Leclercq during the long-go at the Ponoka Stampede.

Winning the short-go round at Ponoka paid the young competitor $7,500, while her traveling partner won fourth and a take home of $1,500. Leclercq said that Noval dared her to wear one of her old rodeo shirts from her amateur rodeo days, the same one she wore when she made any sort of finals.

“I found it this year and showed Kerilee and she dared me to wear it if I made the showdown round at Ponoka, just to explain my ugly shirt.”

Not everyone can wrap their heads around the sport of rodeo, essentially where competitors make their living competing at these events. If anyone could ever put into perspective how your luck can turn around, its Leclercq and her roommate and CIRA Finals qualifier Brittany Forsyth. 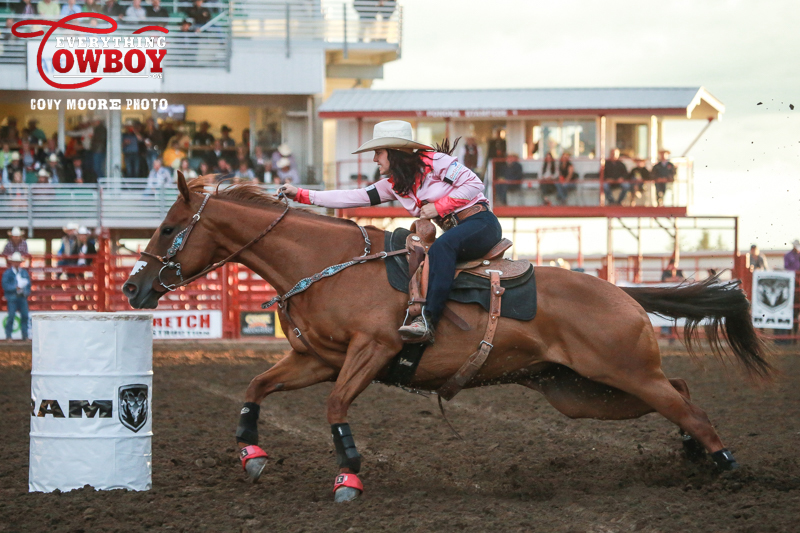 Rene Leclercq during the short-go at the Ponoka Stampede.

“Before this weekend, I wasn’t winning a whole bunch. I was winning a little, but not big money. I really like pickled asparagus and Brittany told me it is way too expensive we can’t afford it,” she said.

“After I won this big cheque I turned around and told her I can finally get my pickled asparagus. We went yesterday and I got two big jars.”

The earnings will vault the Leclercq towards the top of the standings, which she says will give her some room to take stock of her stable and show some younger horses some of these rodeo arenas.

“I will still be going in and trying to win as much as I can. I won’t be lightening up. It will give me a little more room to bring a few younger horses to run at a few of the smaller rodeos. This will allow me to do that,” she said.

“Hopefully I can win some more money and shoot for that season leader.”