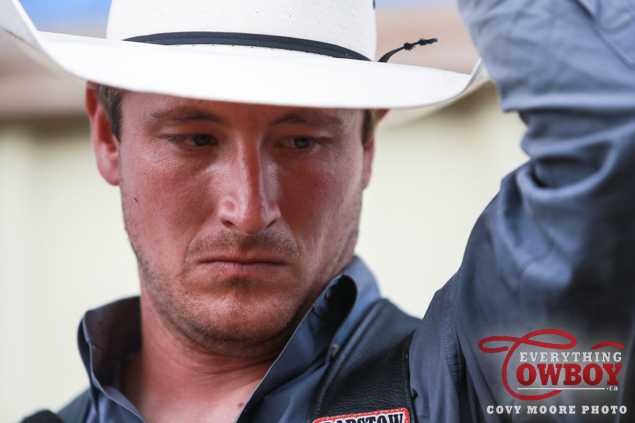 Vold told Everything Cowboy that his draw was a huge factor in his success at Rodeo Austin, taking the win this past Saturday night atop Andrews Rodeo’s Power Play.

“I finally got on a horse I had been wanting to get on for some time, Power Play, and it all worked out in my favour,” Vold said.

“He is just a big strong horse, I figured we would get along pretty good. He has been horse of the NFR a couple times, horse of the finals. Usually he is eliminator pen, but he is pretty honest. He is just big and strong, they have won Austin on him the last three years in a row. When things like that are going on, that is the one you want.”

The win sends Vold into the Top 10 in the PRCA World Standings, narrowly leading fellow countrymen Kyle Bowers and Ty Taypotat. Old has only attended three rodeos south of the border and collected wins at two of them, making the rest of the upcoming PRCA season a little less stressful as he aims for an entry into the Wrangler National Finals.

Vold spoke about some of the success Canadian rodeo athletes have been having this winter down south, and specifically the young talent coming up through the ranks. 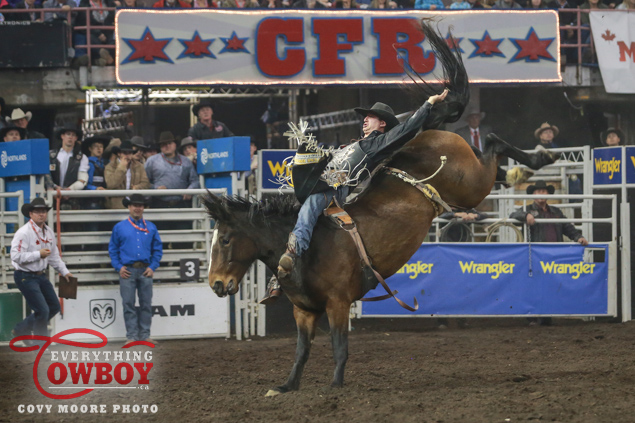 The Ponoka cowboy says that while the goal of every cowboy is to win championships at the Canadian or PRCA level, he doesn’t set specific goals aside from trying to win at each and every rodeo he attends.

“I don’t pick out a specific goal anymore, but I just want to make sure everytime I compete I am going for first place and riding at the best of my ability and seeing what happens. In the past few years with that mentality it has worked out pretty well for me,” the Canadian Champion said.

“My goal is the same it has been the past few years, to have some dominating years up here in Canada and try to get to that NFR too. That is what I set it at right now, that is what I a sticking to.”

April could be considered the true kick off of the Canadian season, and come July, the athletes typically have to prioritize which rodeos to compete at, which can be a detriment to the Canadian or US standings. But Vold admitted that he is someone who likes to be home, but also to rodeo at home as well.

“These Canadian rodeos are so much fun, great horses and great pickup men and just great people. I don’t like missing out on them at all.”

As for which rodeo he looks forward to the most in Canada, obviously his hometown rodeo in Ponoka, Alberta.

“If I could’t go to Ponoka? I would have to say Armstrong. That is one of my favourite rodeos as well, the night performances, the atmosphere around there. I have had some fairly good luck there the past few years, I would say it is one of the only rodeos I never like missing.”