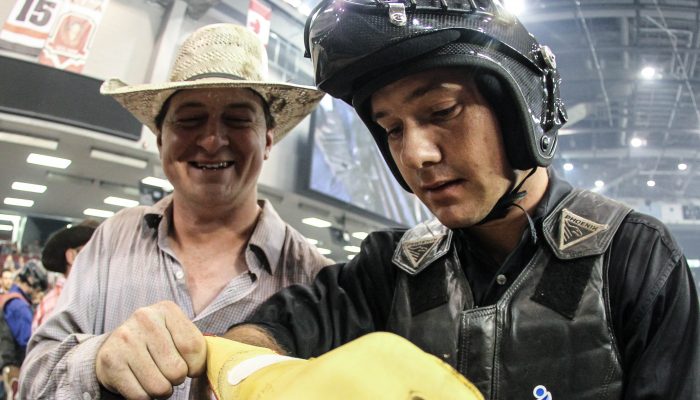 Dueck proud to be first South American to compete at CFR

The first person from South America to ever qualify for the CFR, Dueck started riding steers at the tender age of 10 and hasn’t looked back since.

“A couple of years later I saw Adriano Moraes ride on TV and I was just like heck yeah that’s what I want to do and went after it from there,” said the 24-year-old, who originally hails from Paraguay, now living in Calgary.

That moment set Dueck on a path that would take him to the US when he was 19 and then later on to Canada all in pursuit of his dream of riding bulls.

“Just because of bull riding. I have Canadian citizenship because my grandparents were born in Canada, so that made it a lot easier to move to Canada than to move to the States. So I moved to Canada and started here,” recalled Dueck, adding that being able to make it to the CFR after living in the country for just three years is a pretty exciting experience.

“It feels pretty good. I’m really excited to be here. It’s a huge event and it’s really good to be here.”

It wasn’t all smooth sailing to the CFR this year, either. A scary buck off in Medicine Hat in July put him out of commission for a month and a half and could have derailed his season. 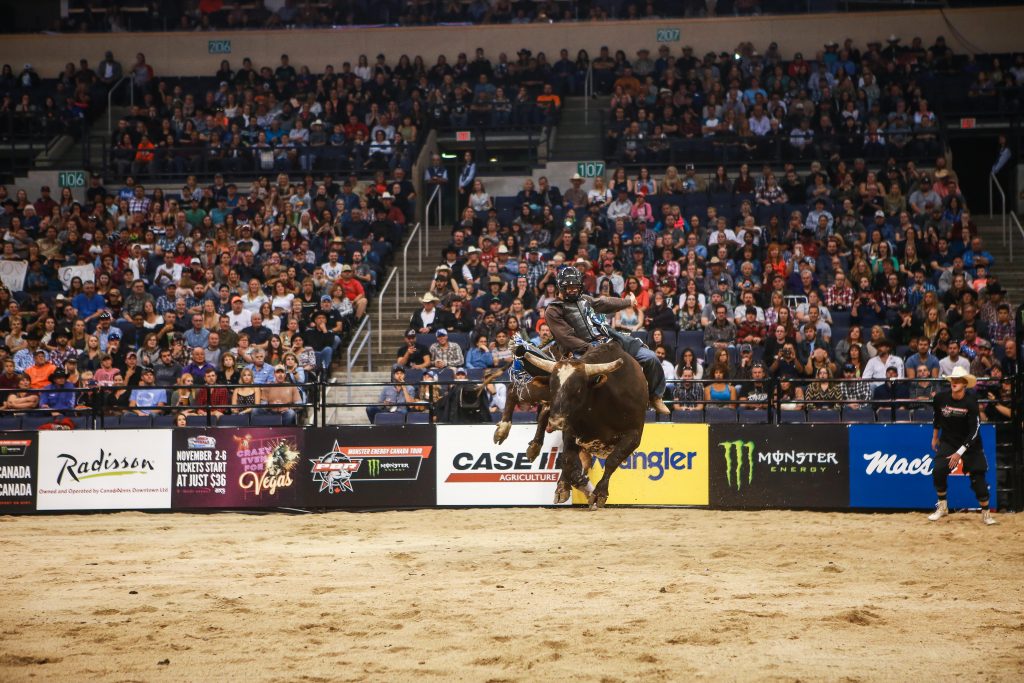 “It was a lot of sitting on the couch, watching TV and icing my shoulder hoping to heal up soon so I can get on the road again,” he said.

Unfortunately, Dueck’s CFR debut on Wednesday night didn’t go exactly as planned. He was bucked off of Girletz Rodeo’s Freakazoid before the first turn.

“I had him before and he bucked me off in seven seconds. He had the same trick as he had today as he did before. But today I fell for his fake, he faded right and went left and I just fell for it and got bucked off right at the start,” Dueck said of the ride, adding that he’s not going to get too down on himself over one ride and will be focused as he prepares to take on Vold Rodeo’s Dirty Grandpa on Thursday.

“I’m just going to keep my chin down, chest up and nod and go for eight seconds.”