EDMONTON, Alta. — Canadian rodeo will bid farewell to a familiar face at the conclusion of the 2015 Canadian Finals Rodeo (CFR).

This year will be the last CFR for veteran bullfighter Scott Byrne, who is calling it quits at the end of the season after a storied 20-year career.

“It just feels like the right time,” said the Prince Albert, Sask. native, adding that he always wanted to go out on top.

This year will mark the 13th CFR appearance for Byrne, who said a lot has changed since his first trip to the big show.

“The faces have changed. I’ve probably gone through a couple of generations of bull riders,” he said, adding that the other major change has been the production of the event.

For bullfighters, being picked to work CFR is a big deal because the very cowboys that they defend vote on which fighters they want watching their backs.

“It’s such a prestigious thing for us as bullfighters to get.

“The hype of it, you can never get that feeling and that intensity anywhere else,” Byrne said.

The CFR has always held a special place in Byrne’s heart. It’s been the event that he shot for every year, and walking away from it, he said, will be no easy task.

“It’s going to be tough to walk out of that arena and know that that’s the last time that I’ll go back there, as a bullfighter anyways,” the 43-year-old said. 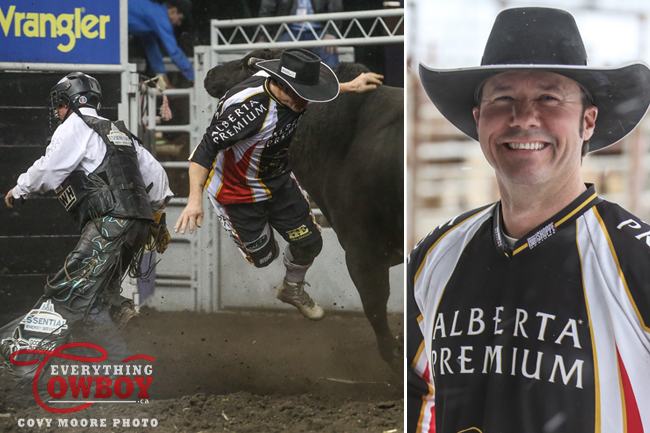 For Byrne, the toughest part of fighting bulls has been the long hours of travel and the down time between performances, especially since his family relocated from Alberta to a place just outside of Brandon, Man.

He said it was all worth it.

“The reward is that I got to do something that I loved to do for 20 years, I got paid to do it, I got to make a living at it. I got to meet so many cool people and that’s the stuff that’s going to be the hardest to walk away from.”

“I’ll probably need a moment, or so, following the performance to myself,” he laughed.

The 2015 Canadian Finals Rodeo runs from November 11th to 15th inside Rexall Place at Northlands in Edmonton, AB.