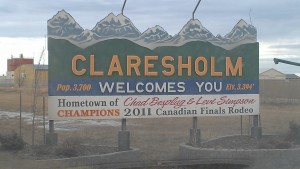 The sign as you come into Claresholm, AB from the South on Highway #2

Eleven aspiring bull riders attended the clinic this year each getting on up to five different times. Jordan Glaicar even brought some of his own bulls to get on and was awarded the most improved bull rider at the end up the day’s clinic. In the end of the day jackpot the riders competed to get their chance at four spots to ride at the Glen Keeley Memorial Bull Riding Futurity in the Junior Bull Riding this coming September.

Shay Marks, Cooper Zur, Willy Macza and Jordan Glaicar were awarded these spots for their top rides on the final bulls of the afternoon.

It was a great environment for anyone to learn to better their bull riding skills and coming from one of the best bull riders in Canada. Jim Turner told me when he learned I was going to stop by for a while that: 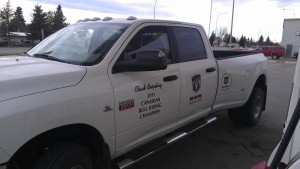 “Chad may have won Canada this year but he could have won it a lot of times before too.”
I had the opportunity to catch up with Chad after the event to ask him about how the school went, what he did to put himself in the position to win the 2011 CPRA title and also what his 2012 goals were.Here is that interview that comes to you from the brand new interior of Chad’s 2012 Ram Truck:

This was the first clinic of it’s kind so far for Chad. He looks to do more in the future and I think more and more bull riders should go learn from him. He also wanted to thank absolutely everyone involved with making the event happen. 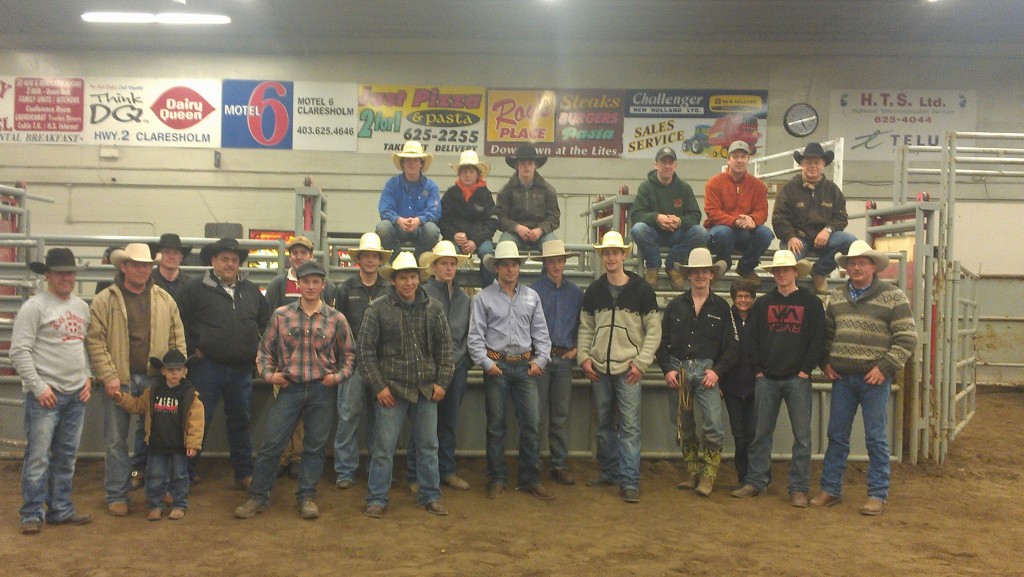 There will be much more to come from Chad I’m sure in 2012 and for years to come. I’ll do my best to keep everyone updated as well. TS

On another note, bull riders Scott Schiffner, Tyler Pankewitz, Jesse Torkelson, Ty Pozzobon, Zane Lambert, Tyler Thomson, Tanner Girletz, Chad Besplug, Ty Patten, Dusty Ephrom and Tanner Byrne are all in Denver, CO this week at the PBR Touring Pro Finals. Best of luck to all of them. I am hoping to have some videos from there showing how the did!