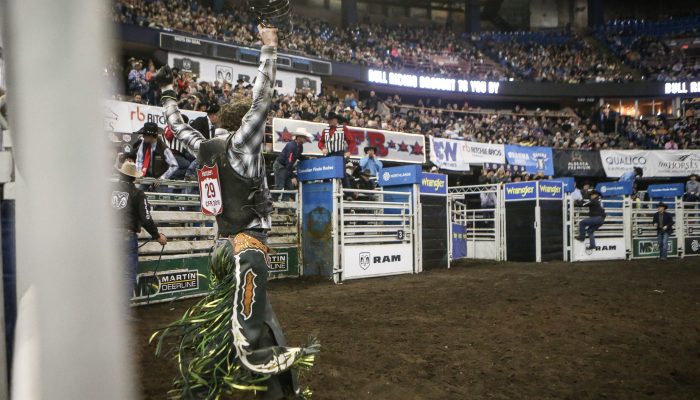 EDMONTON, Alberta — One of the most prestigious titles to win in our country is the Canadian Pro Rodeo Championship, awarded each November at the Canadian Finals Rodeo.

Back in July, Jordan Hansen was riding better than he ever had, leading the standings in the CPRA. But, one July day at the Daddy of ‘Em All in Cheyenne, Wyoming, Hansen shattered his ankle in nine different places. The injury would require surgery to fuse his ankle with three plates and nine screws.

“This was my first rodeo back. When I got hurt, I was riding the best I ever had,” Hansen told the Edmonton Sun in November after claiming his first Canadian Pro Rodeo Championship at 23 years old. “Right after the surgery, they told me I wasn’t going to be able to ride the rest of the year, but I like to prove doctors wrong. Especially for an event like this. This was one I wasn’t going to miss.”

“It was disappointing, because I was making a run for the NFR. I don’t know if it’s totally sunk in yet. This has been a lifelong goal. But there’s always room for two.”