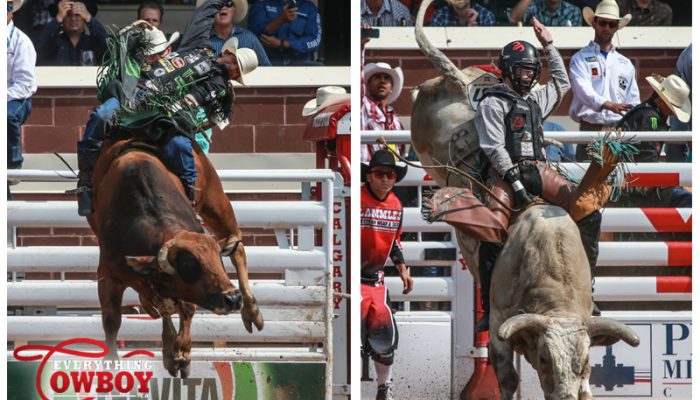 In sport there are matchups and battles that will go down in the history books as the greatest of all time. In any genre of sport one can name the day and the time and the players or fighters or racers who went toe to toe to create once in a lifetime moments that no one can forget.

No one will forget Ali versus Frazier or the Canada and Russia Summit Series or Babe Ruth’s called shot in 1932 and the list could go on. We as humans are predisposed to root for the underdog. Since David and Goliath we have be conditioned to celebrate when giants fall at the hands of the common man. We bask in his glory and revel in his moment of greatness.

At this year’s Calgary Stampede, history will be made in the rodeo arena. Two titans are going to meet. One of the most epic battles in the history of the sport will surely ensue. You can be guaranteed before they are finished that this will be a moment in sports history people will remember. In the case of JB Mauney and Sage Kimzey the battle will take place on the back of a goliath for each and they will fight it out to take home the title of Calgary Stampede’s $100,000 Bull Riding Champion on Showdown Sunday.


You may be wondering what makes this match up so special or why this is history in the making. You may know that both of these great champions have already claimed the title in Calgary on Showdown Sunday and in fact Sage is the reigning Stampede Champion. This, is in fact, What makes the match up so unique. Yes, they have both been here before and competed head to head for the title but this is the first time in the history of the sport of bull riding that the reigning and current World Champion from the Professional Rodeo Cowboys Association (PRCA) and the reigning and current World Champion from the Professional Bull Riders (PBR) will meet in the Stampede arena and match each other to defend their Calgary Stampede titles. 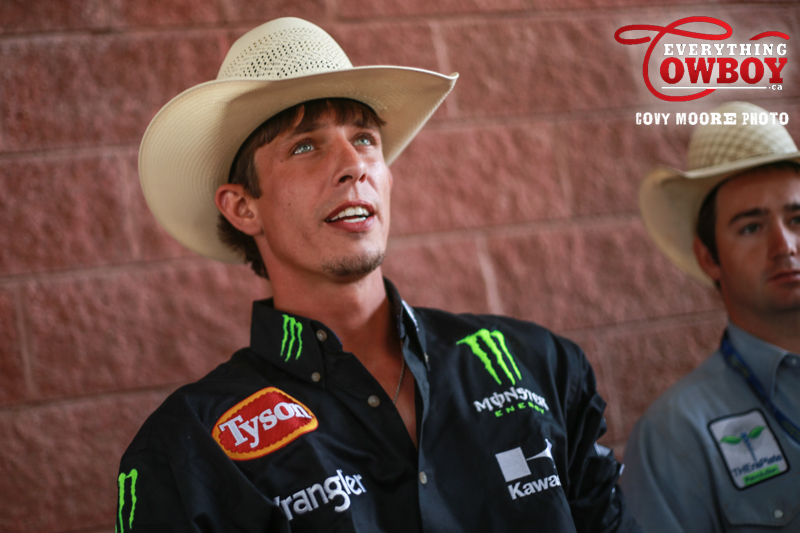 At no other event will you get to witness this match up and judging by their performances this season so far, the two bull riders are ready to get in the ring and get to work. Sage Kimzey, the 22 year-old two-time and reigning PRCA World Champion has been putting up numbers that could break records thus far and he plans to make Calgary no exception.

“All I ever wanted to do is be a professional bull rider, and go to places like the NFR, Calgary, Houston, Cheyenne – and win ‘em,” Kimzey said. “To get to see a life-long dream; all the blood, sweat and tears that I have put in to be bull rider pay off, it’s something really special.”

At 29 years-old, JB Mauney is already writing his name in the record books. The North Carolina product is a two-time PBR World Champion and the PBR’s all-time money winning bull rider with over $6.8 million in earnings not to mention two Calgary Stampede titles to his name. There is not much more he can do in the sport except to prove why he is called one of the best of all time.

“Riding against the best bull riders makes you up your game and perform better,” says Mauney who only puts one rodeo on his schedule each year. “Winning again would really mean a lot. That would mean I would be the only three time winner in the bull riding.”

So what makes Stampede so special two these two cowboys?

“Calgary is a great place to compete,” Kimzey said. “They bring the best stock in and they have the best pay-out. It’s a great atmosphere. I love that arena. I love that city. Coming in on the last day of Calgary and there are six figures on the line, you don’t ever get to ride for that kind of money really.”

“It’s great people, they take really good care of the contestants. Like you said, it’s the only rodeo I go to so I get to see people I normally don’t see all year. Of course, the money is great also,” Mauney said.

They may already have a lot of reasons to compete in Calgary but knowing the competitive spirit that drives these two Champions, this match up will only add fuel to their fire. So if you are a history buff or a sports fan or just want to witness something spectacular take place in the area during the ten days of the Calgary Stampede, be sure to get your tickets because the show they will put on could be larger than any you have seen in the history of sport. J.B. Mauney and Sage Kimzey both reigning World Champs, both past Stampede Champions, both facing over 10,000lbs of bull power in five days but only one will take home the bronze statue.