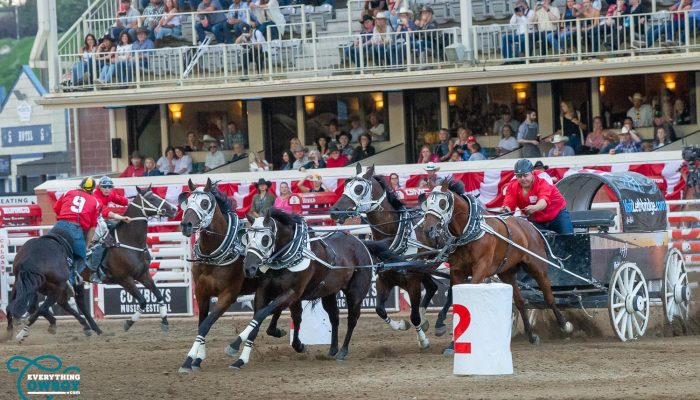 The Richard Cosgrave Memorial Safe Drive Award was won by Layne MacGillivray for being the least penalized drivers over 10 nights of the Cowboys Rangeland Derby and for having the best time in the overall Aggregate Standings. MacGillivray was penalty free for all ten days and had the best aggregate time of all 27 competing drivers with a total time of 12:17.18. A total of 15 drivers shared in a prize pot of over $130,000.00 for running penalty free.

On the night, injured driver Cody Ridsdale’s LaPrairie Group of Companies outfit, driven by Chanse Vigen posted the fastest time on the night with a 1:13.16, 32 one-hundredths of a second better than 2022 champion Kris Molle. Darcy Flad placed third, followed by Layne MacGillivray and Obrey Motowylo filling out the top five on the final night of competition. Rory Gervais was named the Calgary Stampede’s Outstanding Outrider for the sixth consecutive year,