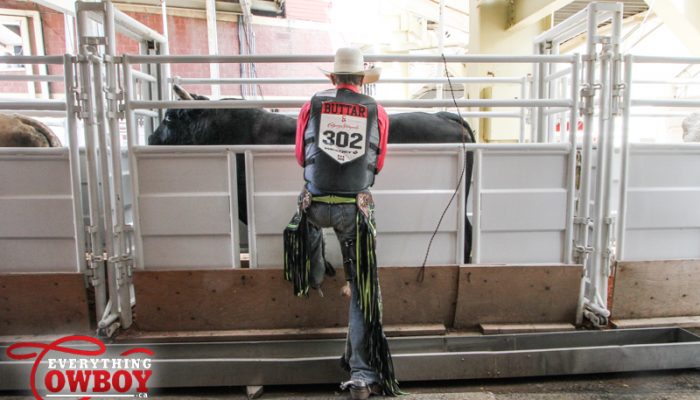 Dakota Buttar resting up for $100k challenge at Calgary Stampede

The reigning Canadian Champion bull rider is taking it easy ahead of a date with the best in the world come Showdown Sunday at the Calgary Stampede.

“I felt pretty good. I feel like I rode pretty good and rode some tough bulls to get by,” said Dakota Buttar, who booked his ticket to the richest day in rodeo by winning three of four rounds in Pool A last week.

The 23-year-old has been spending the past four days resting up at home after his dominating performance in the first four rounds of competition at the Greatest Outdoor Show on Earth, but that doesn’t mean he hasn’t been paying attention to what’s been going on in Pool B.

That’s partially because the second crop of contestants includes not one but two champion bull riders: reigning PBR Champion JB Mauney and reigning World Champion Sage Kimzey, both of whom have won rounds this week. 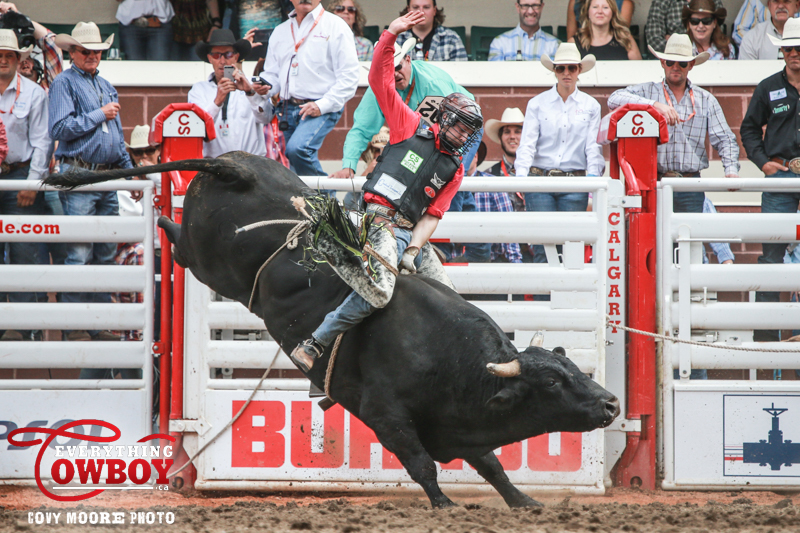 Dakota Buttar rides on the third day of the 2016 Calgary Stampede.

“It definitely pumps you up when you see other guys making good rides too. It makes you kind of feel like you want to keep going too and make a good ride,” Buttar said of watching the two champions, who he’ll likely have to ride against come Sunday.

“JB and Sage both definitely have their own riding styles and I ride quite a bit different than them too. When there’s certain bulls and someone rides a bull that hasn’t been ridden before, you can definitely take hints from what they did to get him covered and use him on yourself.”

For Buttar, riding in Pool A as opposed to Pool B has its own set of advantages.

“I think it’s a little bit nicer because you do get those few days off instead of just going bang, bang, bang and back on another one,” said the cowboy from Kindersley.

He added that while there is something to being able to keep momentum through the Pool round and into Sunday, he prefers being able to recuperate a little bit.

The current fourth-place bull rider in Canada said he needed the extra few days off this year, as he’s been fighting through some injuries.

“I needed a few days off to rest up and just heal up a bit,” said Buttar, who also claimed the Canadian gold buckle in 2014.

This is the third time that Buttar has been to the Calgary Stampede, having first qualified in 2014.

He said that while winning money in the first four days can take some pressure off for Championship Sunday, there is still a drive to get your name on that big $100,000 cheque.

“It takes a little bit off because you don’t have to come back Saturday, so it’s a pretty big relief,” he said, adding that winning your final day does give some momentum heading into Sunday, but not much.

“I think so, but every bull’s different, so I just kind of take it one at a time.”