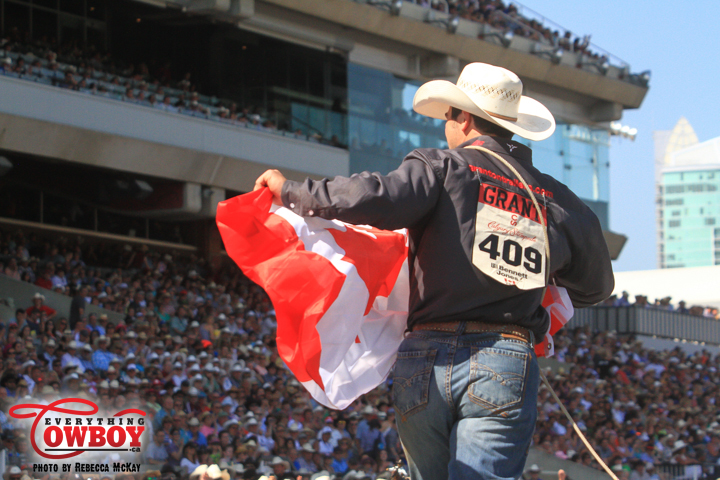 CALGARY, Alberta – The Calgary Stampede has officially announced the names of the 120 rodeo superstars who have been invited to compete at the Greatest Outdoor Show on Earth, July 5-14, 2019.

Hosting a variety of athletes from North America and Brazil, this year’s lineup is packed with Canadian talent, the most in the past five years, including local cowboy Connor Hamilton. Born and raised in Calgary, Hamilton has earned his first invitation to compete at the Calgary Stampede.

“It is a great opportunity for our community to see some of our local talent shine over the 10 days, as they compete alongside the best of the best in professional rodeo,” says Kynan Vine, Manager of Western Events for the Stampede. “We are excited to include skilled young local competitors like Connor Hamilton who we’ve seen rise through the sport over the last few years.”

Stacking the roster with many other notable Canadian athletes, the 2019 Calgary Stampede will see the return of local favorites such as World and three-time Calgary Stampede Champion Zeke Thurston and 2018 Canadian Champion Clay Elliott. Canada is also well represented by young talent in the timed events, including Logan Bird, Kyle Lucas and 2018 Canadian Champion Steer Wrestler Scott Guenthner. In Barrel Racing, Stampede fans will have the opportunity to cheer on Carman Pozzobon, Diane Skocdopole, and Kylie Whiteside as they represent the maple leaf.

“We have the opportunity to showcase the best rodeo athletes in the world to our guests,” says Vine, adding “Get ready to see some amazing competition over 10 days this July. It truly is the Greatest Outdoor Show on Earth.”

Tickets are now on sale for the 2019 Calgary Stampede, and can be purchased at CalgaryStampede.com