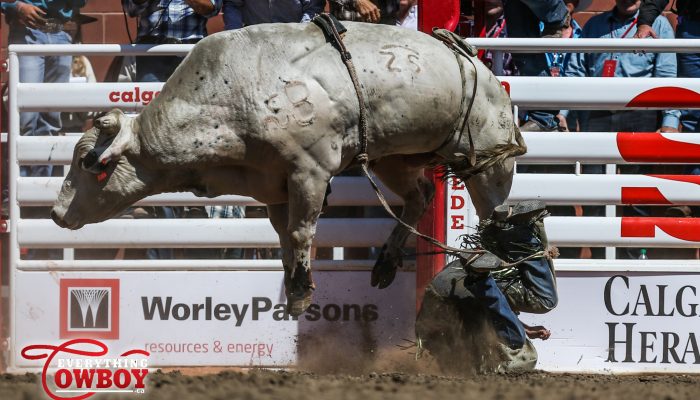 Buttar to miss a month after Stampede wreck

Dakota Buttar’s time at the 2017 Calgary Stampede was over before it even had a chance to begin.

The Kindersley, Sask. bull rider won’t be climbing on any more bulls this week, or for the next little while for that matter, after taking a hit from a bull called Wyoming Storm on Friday.

Buttar lasted about 5 seconds on the Calgary Stampede bucking bull before hitting the dirt. Less than a second later, the bull’s back hoof landed directly on his neck and collar bone.

“His back hoof kind of stepped on my neck and it put a little hole in my one lung. I lost sight for a little while in my left eye – it had a blood vessel spasm or something in it,” said Buttar.

The punctured lung will take at least 10 days to heal up, but Buttar said he’s planning on taking more time off in order to let some previous injuries heal up. 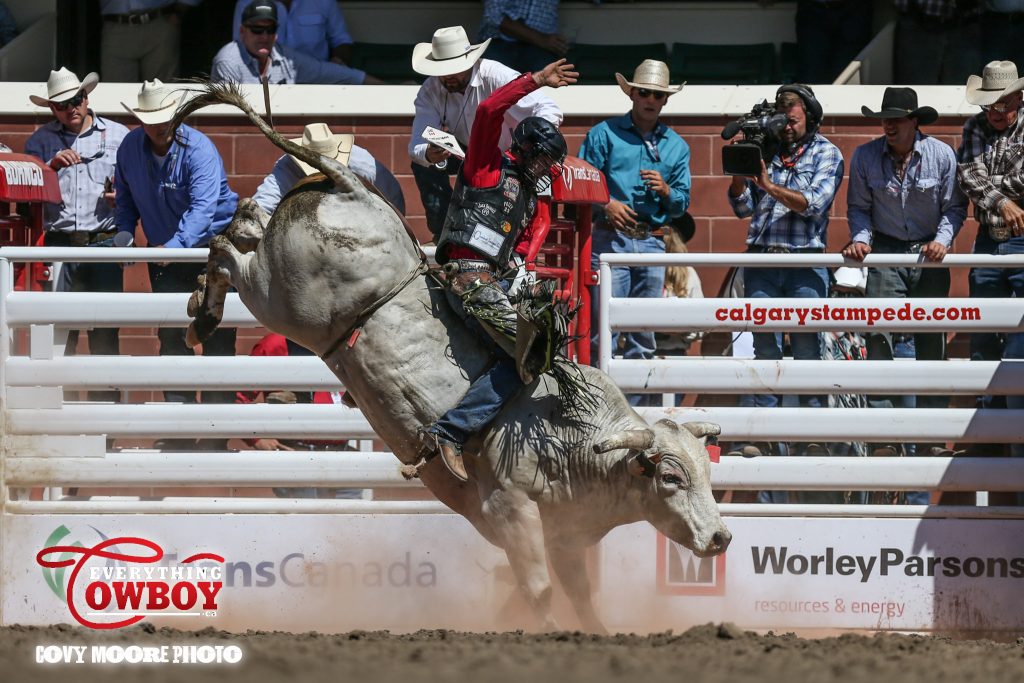 Earlier in the year the year the 24-year-old missed a month after hyper-extending his elbow in a hang up in Tacoma.

He’s also been dealing with a hip injury that’s been hindering him for a few months.

Buttar said that even though he knew he would be riding hurt, he wanted to try to put in some good rides at Stampede.

“I wasn’t 100 percent. I’ve been dealing with my hip and my riding arm for a few months now,” he said.

Still, being taken out of action so early in the competition wasn’t exactly what the bull rider had in mind for the week.

“It sucks yeah,” he laughed.

In all, Buttar said he’s probably going to miss a month to let his injuries heal up, but he’s hoping to be back in action for the Tulsa Built Ford Tough Series event in mid-August.

“I want to give everything time to heal up properly and hopefully come back better.”