95’s for the Record Books

In 1979 Doug Vold recorded the highest marked saddle bronc ride in history, 95 points aboard Franklin’s Transport. In 1996, Glen O’Neill, 2014 Pro Rodeo Hall of Fame Inductee, marked the only other 95 point ride on another great Franklin bronc, Airwolf, at the Innisfail Pro Rodeo to tie the world record. 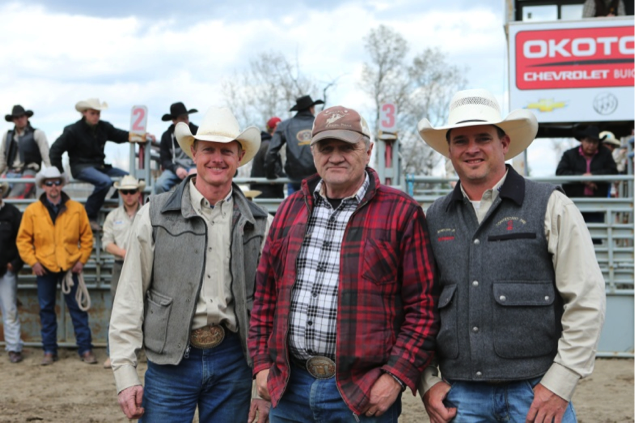 Davey and Glen were teaching at the Millarville Rodeo School with rodeo superstars Dustin Flundra, 3 time Canadian & reigning Calgary Stampede Champion and Gary Rempel, the most decorated Pick up Man in Canada and the World, ever. 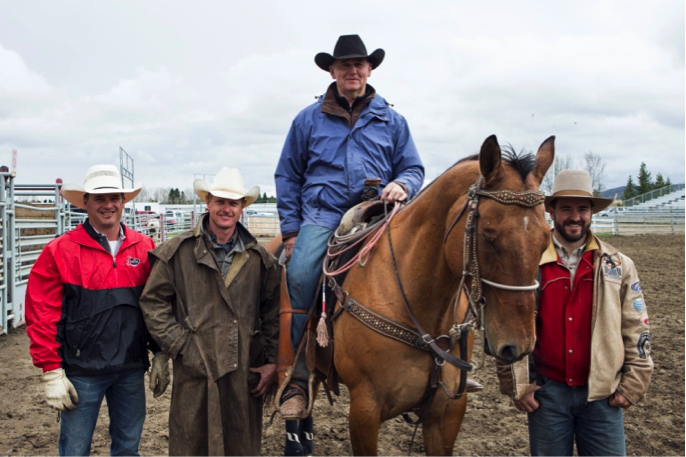 The school’s students were fortunate to learn from the vast experience and great teaching abilities of Dustin, Glen, Davey and Gary. Doug Vold, a nearby resident, took time to come over and share some stories of life on the rodeo trail and impart some of his wisdom.

We are not aware of a picture of these three – 95 point riders having been taken before and it was impressive for the students to meet and learn from people they have only ever read about in record books or have seen on TV. As far as whose saddle bronc ride was better, Glen’s or Doug’s – Doug acknowledged that his was. Glen found it easier to agree than to debate.

The annual Millarville Rodeo School ran May 17-19, 2014 and will run again May 16 – 18, 2015. For information on next year’s school, please go to www.millarvillerodeoschool.com