What’s That Bull for Rd. 1 of the #BRCFINALS

What’s That Bull for Rd. 1 of the #BRCFINALS

COLD LAKE, Alberta — Round one of the 2013 Bull Riders Canada Inaugural Finals starts this Friday Night in the Cold Lake Ag Society Complex at 7:00pm.

These are my thoughts on some of the key match-ups and which ones I think might win the round.

We look forward to seeing you this weekend in Cold Lake. Tickets are still available and will be sold at the door until the start of the performance.

Remember to use #BRCFINALS when joining in the conversation via social media with your picks and please also add them in a comment below.

Beau Brooks vs. Bamboon – Beau Brooks is a great bull rider that’s qualified for the BRC Finals. Of the three rookies, Ty Pozzobon, Ty Patten and Beau Brooks all fighting for the rookie race of 2010 Beau has qualified for Edmonton three times where Patten and Pozzobon have been twice. Brooks and his Fiance Nerissa welcomed their daughter Nelika into the world on September 23rd of 2013 so Beau should be ready for a win by this weekend. This bull he’s got from the Outlawbuckers in Bamboon is a solid draw too. My money is on Beau scoring 85 on the red horned bull for a solid check in the first round.

Reid Lozier vs. Dumas Walker – This is a big grey and white bull that’s usually real up and down around to the right. According to ProBullStats.com the Bar UT bull has an average score of 20.8 our of a possible 25. According to Slade Long’s site, he’s been ridden for a high of 85 points. Spinning away from Reid’s hand, he should be 85 too. 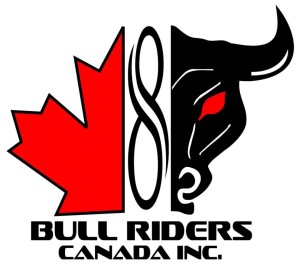 Ashton Arychuk vs. OLS Tubs Dimension – Another Outlawbuckers Bull from Dwayne Schellenberg here in OLS Tubs Dimension should get it’s rider into the money. I haven’t seen Ashton ride in a while but every time I do he gives his all. If he hasn’t been on in a while this should be a good test as this bull is real up and down. It looks like Ashton should have some time on this bull. Last I saw this big red horned bull get rode was in Camrose last spring when Garrett Green was 84.5 on him. Look for the same from Arychuk.

Wacey Finkbiener vs. Talk is Cheap  – Ty Pozzobon rode this black white faced Thompson bull to 7.37 seconds at the PBR Canadian Finals in Saskatoon in October, Jesse Torkelson nearly rode him at the Rod Wilson Memorial BRC in Drayton Valley last May as well. If Wacey doesn’t keep his chin down, Talk is Cheap will likely out-spin him. If Wacey does keep his chin down, he could be in the mid to high 80’s.

Ben Turner vs. High Voltage – New Zealand Cowboy Ben Turner has drawn well in round one with this bull from the Wild Hoggs firm. Kyle German rode the black brockle faced bull in Arrowwood at the Buffalo Hills Bull Riding for an 83 in the video below. Tanner Byrne was 83.5 on the bull in Eatonia too with nearly the same tracks.

Shay Marks vs. Slump Buster  – Shay should get along real well with this soft-foot and rubber-horned muley called Slump Buster.

“He should fake left and go right.” Tanner Girletz said this morning over the phone.”If you draw him and you’re in a slump, it should bust it. If you’re not he should be a whole pile of fun”

Here’s a look at him for those of you now pumped to see your name beside this one this year.

“That bull was triple rank in Pincher Creek last year.” Dwayne Schellenberg said of the black white faced Scare Tactic. “Denton Edge was 87 on him as a three year-old in Ponoka. He’s got potential to do good things this year, he’s six now and he’ll be ready to go.”

Jordan Hansen rode the left spinner in Airdrie two years ago for the same score I think Tristan will get Friday in Cold Lake.

Cole Young vs. Alberta Premium – As have been many of the previous draws, I like this one with Cole Young on Alberta Premium. Cole rides good and should be 86 on this bull if all goes according to plan. That’s exactly what Garrett Green did in Airdrie for a split of the win in 2012.

Kyle Primeau vs. Silver City – This bull has been ridden twice in four attempts for an average of 21.33 out of 25 on ProBullStats.com. Good news for Kyle is both guys to ride this bull so far have been left handed and Kyle is too. These two, possibly three bulls Primeau and Hervey have to ride in Cold Lake will decide who wins the Year End BRC Title. It’s close now and is going to be interesting to watch.

By the look of this bull with Jesse Torkelson this past summer at the Ranchman’s Bull Riding in Calgary, Kyle has got his work cut out for him but could capitalize on Friday and take over the lead.

Brian Hervey vs. Feel the Fear – Rafter N Bucking Bulls brings us this bull and it doesn’t matter what it does Brian needs to keep winning to stay ahead of second place Kyle Primeau who only trails behind by 45 points. With 100 points available per round, each bull and every point can make a difference.

BRC President Russell Friend recorded this video today welcoming all of you to the finals this weekend. Again, we look forward to seeing you this weekend at the finals.

To see the full round one draw, visit BullRidersCanada.ca be sure to share your thoughts on the draw in a comment below.