DRAYTON VALLEY, Alberta — For most 17 year-old’s, homework and what to do on the weekend’s are the top priority. For 17 year-old Austin Nash, all that’s on his mind is bull riding, 24/7.

Last night at the 7th Annual Rod Wilson Memorial Bull Riding, Nash’s bull riding efforts paid off with a win worth over $2,000 cash, his first ever in an open division.

“It was a great feeling to win my first open event,” said the younger of the two Nash brothers, who both competed last night. “It was really nice that my brother was there to help me on and give me advice.”

There aren’t many Monday night bull ridings that happen, however this one worked out well for the Sangudo high school student. Luckily he only has class until noon as was able to get to Drayton in plenty of time. He had a full crew there to cheer him on too including his chauffeur and Mother, Lora; Grandma, Aunt and of course brother Jerett as previously mentioned.

Drayton Valley has been quite good to the current District Two Alberta High School Rodeo season leader, he’s won all three years he’s been to Drayton.

With the top ride of the long go, Austin went into the championship round in first place after an 83.5 on Fire Ant from the Thompson Rodeo Co. No qualified rides were registered in the finals meaning that would give him the title.

“I have been on Fire Ant before and he bucked me off at Viking. It was great to ride him this time and was awesome to win the event,” concluded Nash.

The win moves Austin Nash into a tie for 17th place in the 2014 standings with 300 points on the year. New Zealand Cowboy Ben Turner placed second with Miles Pennington, Brian Hervey and another youngster, Logan Biever rounding out the top five all in a tie for third. 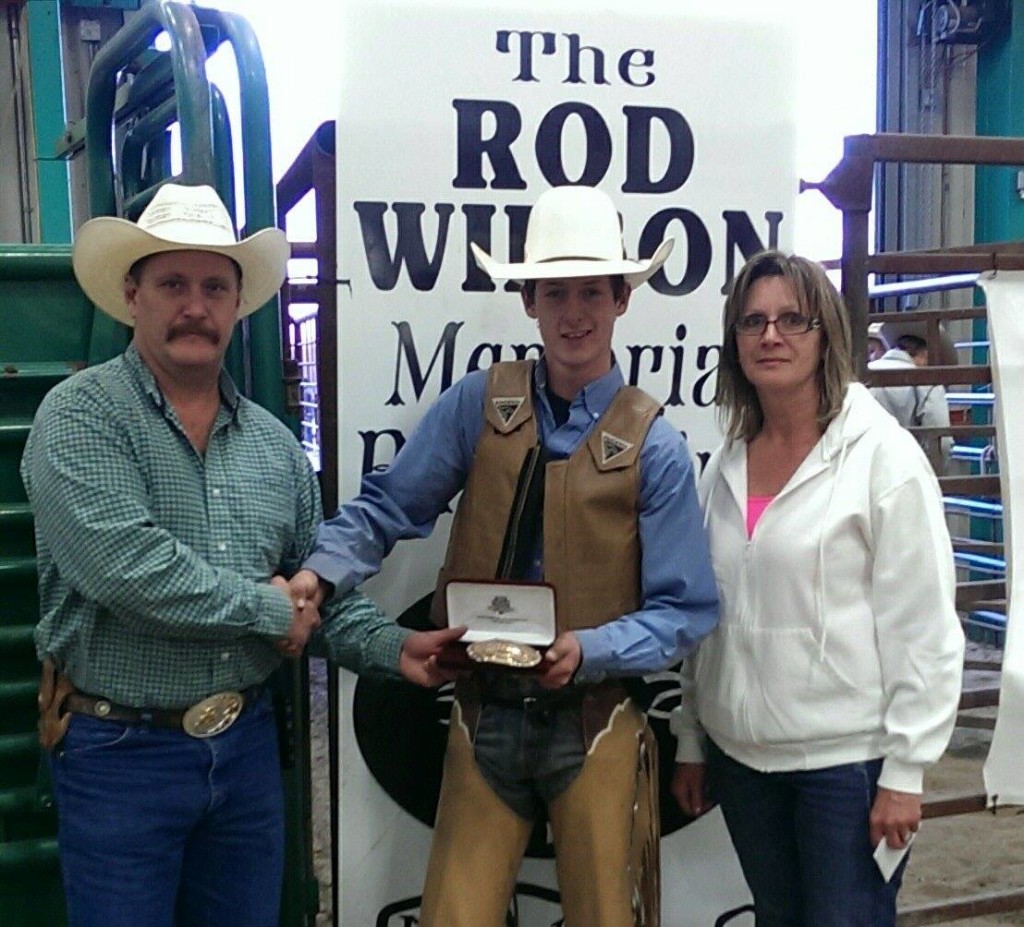 The 7th Annual Rod Wilson Memorial Bull Riding was stop 10 of 31 in 2014 for the BRC. Next up on the 2014 Bull Riders Canada Inc. season schedule is the Willow Springs Ranch Rodeo BRC in Westridge, BC on May 24th.