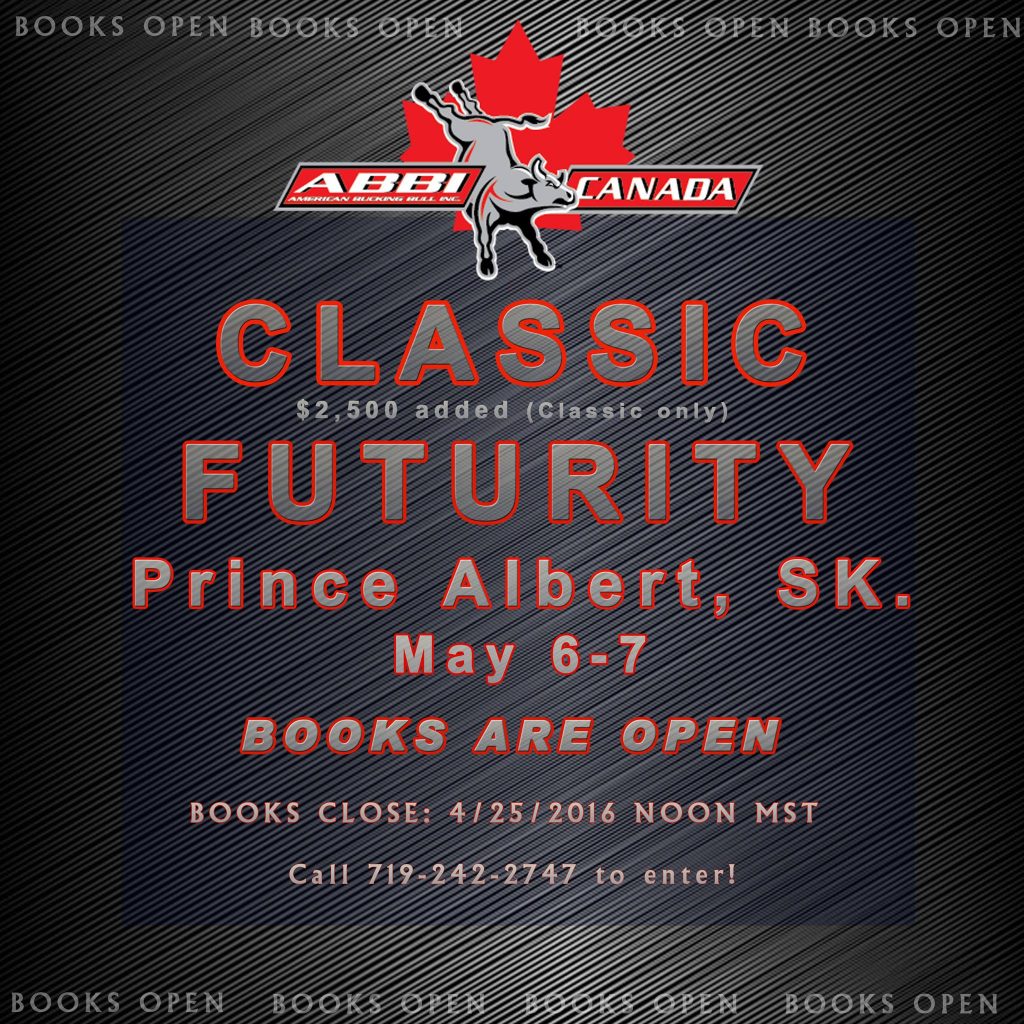 PRINCE ALBERT, Saskatchewan — Entries are now open for the first ever ABBI Sanctioned Classic on Canadian soil May 6th and 7th at the Art Hauser Center.

The second ABBI futurity in Canada takes place on Friday May 6th starting at 9:00am. Hy-kik Ranch’s 449 won the first ABBI Canadian Futurity in Lamont, AB on April 15th.

Remember that you may register your herd at the discounted rate of $60 per head currently by filling out this document and sending it back to marlissa@pbr.com. You may also contact Marlissa for further questions on registration.

Four more futurity events remain on the 2016 schedule between Delburne and Elnora. The top three futurity bulls qualify for the ABBI World Finals in Las Vegas this November.